Sioux acted as a main contractor; mechanical, optical, software, electronic and firmware design were performed in-house. The transformation of the (outsourced) industrial design into series of producible components was performed by Sioux. A number of concept changes were implemented to realise the CoG targets. During the (clinical) test phases, PamGene also received support from Sioux.

PamGene now has the opportunity to launch microarray technology in the market. An all-in-one automated microarray pre-preparation and analysis laboratory instrument. The modular design and production were carried out in accordance with high medical standards, FDA and ISO-13845. 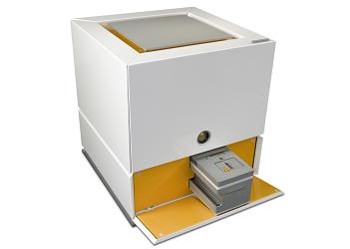 PamGene is a biomarker company, focused on opening up new opportunities for the development of Personalized Medicine (pre-clinical, translational and clinical). Most of PamGene’s projects are in oncology.