The client, a producer of conveyor belt systems for mail distribution centres, was confronted with increasingly frivolous packaging that was harder to detect. The standard methods for determining position, size and orientation of the packages on the line proved inadequate. Additional problems arose as a result of differences in lighting during the day and at night.

By using advanced image analysis techniques, Sioux developed an efficient and robust recognition algorithm. The new algorithm flawlessly collaborates with the client’s existing specialised camera, which guarantees an operation that meets the highest standards, during the day and at night.

Standard products offer standard solutions to standard problems. Sioux forced a breakthrough by realising a custom-made Mathware solution for the existing standard camera, bringing its performance and that of the existing installations to a radical new level. 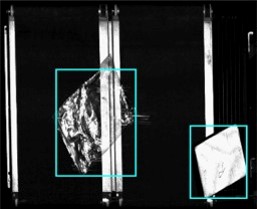